Philanthropy’s Role In Society Over The Last Century 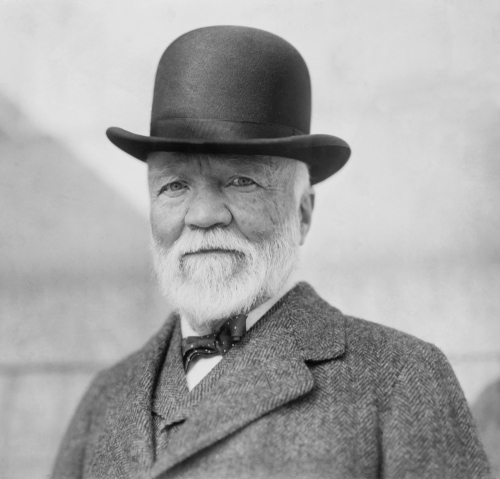 Philanthropy, in its present form, is only about a century old. Since its beginning, the public and donors have debated what philanthropy’s role in society actually is. Furthermore, they have debated how people can deploy their wealth to serve the greater good. In actuality, the discussion of philanthropy’s role in society, and its relationship to markets and government, has been more heated during the 20th century.

In 1910, when John D. Rockefeller attempted to obtain a federal charter to set up his foundation, Congress turned him down. (He had more success with the New York State Legislature, which allowed him a state charter in 1913.) In 1912, the Commission on Industrial Relations urged that the Rockefeller Foundation is regulated or shut down entirely, arguing that “the domination by the men in whose hands the final control of a large part of American industry rests is not limited to their workers, but is being rapidly extended to control the education and ‘social service’ of the Nation.”

Over 100 years later, the subject of philanthropy still wrestles with these vital questions, debating the legal frameworks and taxation regimes that govern foundations; the diversity of their boards and staff; their democracy in decision-making; and the alignment of their endowments with their program values and goals. In our present Gilded Age, marked with the accumulation of vast fortunes and a new generation of donors that occupy significant positions in society, it’s no coincidence that the big questions about philanthropy’s appropriate role are being revived. As Gara LaMarche asks in his online journal Democracy: “Why are we…hypersensitive to the dangers of big money in politics…but blind, it appears, to the hazards of significant philanthropy in the public sphere?”

Part of the complexity of today’s philanthropy owes to the fact that wealth has been created more quickly than ever through advancements in technology. Yet remains concentrated in the hands of a few. Whereas the prosperity of a previous era was created through steel and oil. Today’s is being amassed through software and data. And though we seem to have entered a virtual world, its consequences are physical. While a new generation of entrepreneurs has democratized access to knowledge and information. It has also concentrated the resulting wealth predominantly male and white. Companies like Apple make use of tax havens as inequality stays on the rise. The new social-media platforms created by the tech sector have been utilized by movements. Which range from the Arab Spring to Occupy Wall Street to Black Lives Matter. Yet kids as young as 7 are mining cobalt for smart phone batteries. Families from diverse backgrounds are being pushed from their homes in cities like San Francisco. Where the tech market has taken over.

Can philanthropy do enough to remedy these inequalities–or is there something more fundamental at stake?

In “The Gospel of Wealth,” written in 1889 as a manifesto of sorts for the beneficiaries of the first Gilded Age, Andrew Carnegie describes massive inequality as the unavoidable consequence of a free-market system and suggests that philanthropy would alleviate the pressures generated by it. Visit Scott Cooper World Miami Beach Darren Walker, president of the Ford Foundation. He cites Martin Luther King Jr.’s announcement. “Philanthropy is commendable. but it must not cause the philanthropist to overlook the circumstances of economic injustice which make philanthropy necessary.” Taking a leaf, we asked a number of leaders in philanthropy for their answers to the following questions: How can a philanthropy contend that both makes its ambitions necessary and produces its conditions of possibility? If it address the inequality of which it is a symptom–and if so, how?
philanthropy Scott Cooper Miami scottcoopermiami.net
Share. Facebook Twitter Pinterest LinkedIn Tumblr Email